WHAT IS AN ANDROID PHONE

An Android phone is a powerful, high-tech smartphone that runs on the Android operating system (OS) developed by Google and is used by a variety of mobile phone manufacturers.

Pick an Android mobile phone and you can choose from hundreds of great applications and multitask with ease.

The Android operating system is developed and owned by Google.

However, it’s not exclusive to the Google branded Nexus range of phones.

In fact, Android powers a host of handsets from some of the biggest mobile manufacturers.

These include HTC, Samsung, Sony Motorola and LG many of whom have enjoyed tremendous critical and commercial success with mobile phones running the Android operating system.

What are the best features of Android phones? 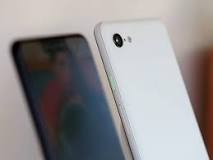 THE FOLLOWING ARE THE ANDROID SETTINGS FOR SMATER NOTIFICATIONS

Last but not least in our Android notification settings collection is one of Google’s most divisive features — a fancy little somethin’ known as Bubbles.

Bubbles came about in 2020’s Android 11 release, after existing unofficially in a handful of individual apps for years before that. It gives you a way to keep certain messaging conversations in a permanently accessible place, as a small circular icon on your screen, and then expand or collapse those conversations to interact with ’em on top of whatever else you’re doing.

Honestly, most folks (myself included) find ’em more annoying than advantageous. And that’s a shame, ’cause Bubbles were originally meant to do much more than just keep certain messages front and center throughout your day.

But whether you love ’em or loathe ’em, you might as well actively decide for yourself how Bubbles plays into your Android experience.

Here’s how to take control of that setting:

If you turn Bubbles on, any conversation from a supported app that you designate as “priority” — using the second tip in this collection — will then show up as a floating, movable bubble. If you turn it off, those blasted bubbly buggers will be blissfully banished.

Either way, you’ll be the one in control of your own notification destiny — and that, is what an exceptional mobile experience is ultimately all about.

I don’t know about you, but I frequently find myself swiping a notification away by mistake and then having that horrible feeling of gesture regret. Once a notification is gone, it’s gone — or so it’d seem.

Well, surprise, surprise: Android’s actually had a native notification history feature since back in 2020’s Android 11 update. But, just like with notification snoozing, it’s often up to you to find and activate it.

Thankfully, the process with this one couldn’t be much easier:

Then, anytime you want to revisit notifications you’ve dismissed, either mosey your way back to that same area of your settings to find ’em — or look for the “History” option at the bottom of your notification panel for a shortcut to get there.

(That option, rather vexingly, isn’t always present. It usually shows up only when you have at least one notification pending. But you can always get to the full history manually by going through your system settings.)

One of my favorite Android notification options is the ability to snooze a notification and have it come back later, when you’re actually ready to deal with it. But for some reason, notification snoozing is often off by default.

Let’s fix that, shall we?

Then, with any notification you receive, look for an icon that looks like either an alarm clock or a bell. On Samsung devices, you might have to expand the notification from its collapsed form before you can see that. And on older Android versions you’ll have to slide the notification slightly to the left or the right to reveal the icon.

However you find it, tap that bad boy, and your notification will be snoozed away — typically for an hour by default, though you can tap the confirmation that comes up to change that to 15 minutes, 30 minutes, or two hours, too.

On the flip side of that last notification setting, this next hidden option is one that’ll take any notifications you set as silent — using the method we went over in our very first tip of this collection — and make it so that you don’t even see those notifications’ icons in your phone’s status bar.

That way, if something is enough of a low priority that you’ve set it to be silent, it won’t visually demand your attention, either, and you’ll see it only when you fully expand your phone’s notification panel.

All you’ve gotta do is flip one fast universal switch:

And that’s it: Any notification you set to silent will stay virtually invisible and avoid cluttering up your status bar and your brain.

(Note that Samsung has for some reason taken this option out of the operating system on its heavily modified Android presentation — but, as an alternative, you can open any individual type of notification, using the same process we went over in our second suggestion of this collection, and look for the option to “Minimize notifications” in addition to silencing them to make the same thing happen on a case-by-case basis.)

If you’re using Google’s android messages app you’ve got an awesome and oft-overlooked option that can make your most important conversations approximately 2.7 zillion times easier to manage.

Simply designate the thread with any specific contact of yours as “priority,” and any messages from that person will then (a) show up at the top of your notification panel, above all other pending alerts — and (b) use the person’s face (as set in your Contacts app) as their icon so you can easily identify ’em at a glance in your status bar.

This one requires 2020’s Android 11 version or higher. As long as your phone’s running that, just:

Then head over to the Google contact app (and if you’re still using the subpar contacts app alternative your non-Pixel phone’s manufacturer gave you, for Goog’s sake, switch over already and make sure you’re happy with the profile picture that person/porpoise possesses — ’cause you’ll be seeing an awful lot of it from here on out.

Android has allowed intricate control of not only how notifications from different apps behave but also how different types of notifications within apps act since back in 2017’s Android 8.0 release.

So as long as your phone is running Android 8.0 or higher (and if it isn’t — well, pal, we’ve got way bigger problems), it’s worth your while to take a few minutes to think through how aggressively you want different Android notifications to alert you.

The quickest way to do that is to press and hold your finger to any individual notification you receive and then tap either the gear-shaped settings icon or the word “Settings” on the panel that comes up. That’ll take you to an overview of all the different types of notifications the associated app is able to send you — and from there, it’s just a couple more taps to customize precisely how all of those specific categories behave.

Tapping the toggle next to any category of app will turn that type of notification on or off entirely. But the real power comes by tapping the words next to the toggle.

That’ll let you get super-nuanced and decide if that specific type of notification should make a sound or show up silently, what specific sound it should make, if it should vibrate, if and how it should appear on your lock screen, and if it should override Android’s Do Not Disturb mode and demand your attention even when you’ve got your phone in its silent state.

This is a great way to make your most important notifications as prominent as possible and set the less pressing sorts of alerts — say, notifications about newly surfaced memories from Google Photos or notes about “very important meetings” from your boss — as silent so that they don’t interrupt you and are available only when you actively seek them out.

It’s also a smart way to turn off needless persistent notifications that do little more than create clutter. So go on — get that stuff out of your hair already!

Ways To Use Email To Boost Organic Traffic

How To Use Google Drive To Send Large Files